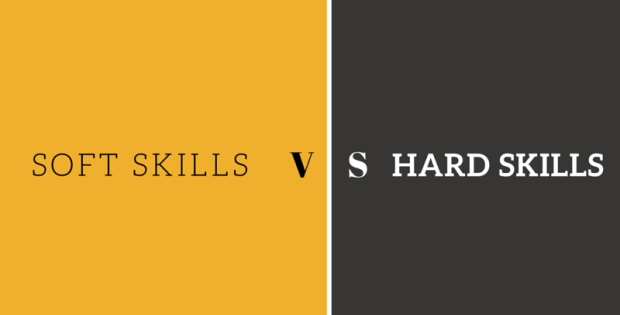 “Softskills matter 85% , in any interview ” remarked our professor , in her first class in our English and Presentation course during our 6th Semester , well, I was personally not convinced . I always had an opinion that all such stuff is BS, real technical knowledge (a.k.a HardSkills ) sells end of story. As the vicissitude of fate would have it , I had new found appreciation for her in a matter of months when it was “campussing time” at our college.

It was the humid , wet August of 2007 , the much awaited placement season had started. This was the make or break moment for all budding engineers. It was almost a validation of our existence , all our preparation ,hard work ,sweat and tears will either be rewarded or be in vain . I was in the queue with 2500 other students since we had at that time joint placement with all our sister colleges.

It has been more than 8 years now , but I can still recall that day vividly . After clearing the written first round , it was now time for the interview . I was patiently waiting for my turn with a churning stomach having had nothing to eat since due to the anxiety. At that moment it seemed like we are going for a trial by fire , one by one , coming out with either exuberant smiles or total heartbreak . A rejection at this time seemed almost like the end of the world . Those that made it became instant celebrities with the remaining crowd, all of them haggling the winner for question in spite of clear instructions to not disclose them . For those who could not clear it was a long march home.

During this time , there was an almost incessant barrage of advice coming from all over the place , people where discussing strategies , especially the introductions and how to “trick” the interviewer into going into one’s safe area. As for me , I had prepared a few strategies of my own , which however kept changing as I received more information from the successful candidates. After what seemed like an eternity my turn came, the room was a huge one where one to one interviews was being conducted my several panelists. As I looked at my interviewer , it seemed my mind went blank, I sat down and faked a smile .

He was a tall ,stout fellow, but demure in outlook.I presented him my “CV” , which he placed aside without looking even once and started with introductions .Initial questions were the usual background ones and then moved on to why I wanted to join IT sector after majoring in Electrical Engineering , the truth was I would have joined any industry if offered a decent pay , nevertheless I spawned the usual yarn that I had taught myself , after a while the actual “technical” round started . He asked me which language I was comfortable in and I replied “C”.

So far up to this point I had largely stuck with the script of “standard” responses, for the language question the suggestion was to give a vague answer which would suggest a fleeting knowledge of the programming language and try to steer the questionnaire into a domain of one’s choice, presumably in one’s major , alas for me it would have been a greater embarrassment if I had failed in my own subject so I decided to try it out with C.

It should suffice to say that it was a total disaster , the next 15 minutes was mostly spent moving my head at right angles from the center . I had given up and was waiting for the fate sealing verdict , instead what he said brought me back to life. The final question he asked me was if I had my lunch or anything to eat since the morning to which I truthfully replied no. He then said , that he really liked my articulation and communication and would like to see me progress to the HR round , so he gave me a 10 minute break and asked me to come back after that. I could scarcely believe my luck , I had somehow survived this one but the question was would I make it in the end.

As I walked out and blurted my story my friends were all nonplussed , they were not sure what to make of it , neither could I process it fully . It was back to the room after 10 minutes and this time , my interviewer was already quizzing another student so he sent me over to another bench. This time I hit a six. The second interview started with discussion of my CV which was virtually discarded in the previous round. My current interviewer started asking me about the only experience I had that could be linked to IT/software , it was about the website that I had set up for our college fest.

Practice makes a man perfect is the age old adage that we often hear about , well practice also does one more thing , it makes one understand theory much better than .. well theory . A completed project represents a unique learning gained from overcoming obstacles and coming up with workarounds , the knowledge thus gained is bound to stick around . I was able to answer almost all his queries regarding the web technologies I had used and he seemed ok with it, finally when he asked If I knew “java” , I stuck to the standard response “no” , I will not be committing the same mistake twice (and I really had not much idea about Java at that time anyway). So off I went to my HR round , and I cleared it comfortably considering the fact that I had almost cleared the “technical” round using my “soft skills”.

Of course , my case is a bit of an exception , but the moral of the story is that soft skills ( even If I am not convinced about the 85 % part) cannot be ignored. It played a crucial role for me and made me recognize its importance . At the end of the day , my practical knowledge is what pulled me through , however the soft-skills afforded me an extra chance.The way I see it know , once the technical know how is gained , it will be very prudent to focus on communication skills.

Mobile Software consultant with a penchant for blogging.

we respect your privacy and take protecting it seriously